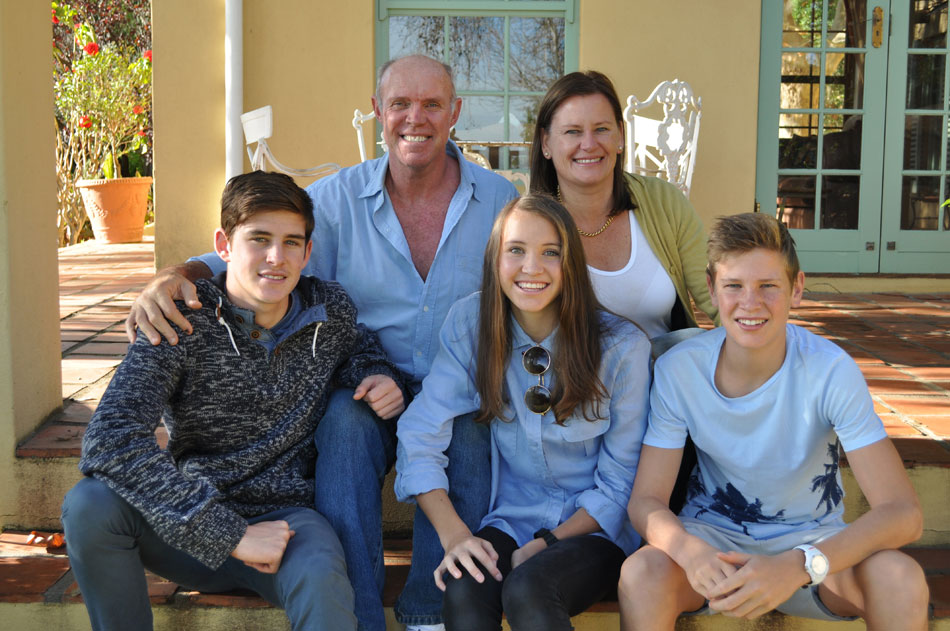 Paul van Eyssen was born in Cape Town and matriculated from SACS in 1976. He started Capetiques, a prosperous Cape antique furniture business in Claremont in 1981. He later sold the business and took a 3 year sabbatical, sailing around the world from 1991-1993. He lived in Hout Bay from 1994 to 2004 and was involved in various property developments and a small local real estate company.

Paul and Salome were married in 1998 and in search for an alternative lifestyle & schooling options, were led to the Paarl area. They purchased Olyvenbosch farm in November 2004 and moved onto the farm in January 2005 with their 3 children, Matthew, Michelle & Mark.